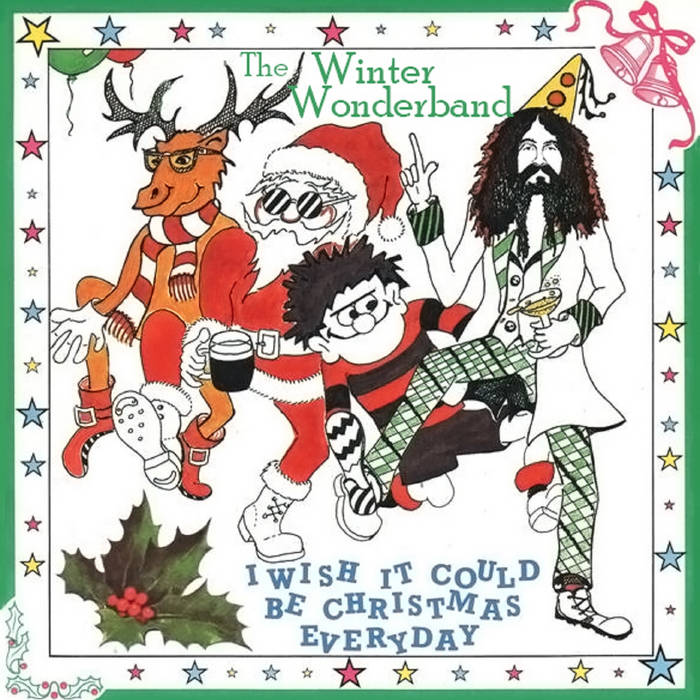 This was the first original Christmas song recorded by the Wonderband. Written at Christmas 2007, it first appeared on our 2008 release. I love the album cover. It's obviously a take off on the classic Bing Crosby cover for White Christmas (one of the two songs we released that year).